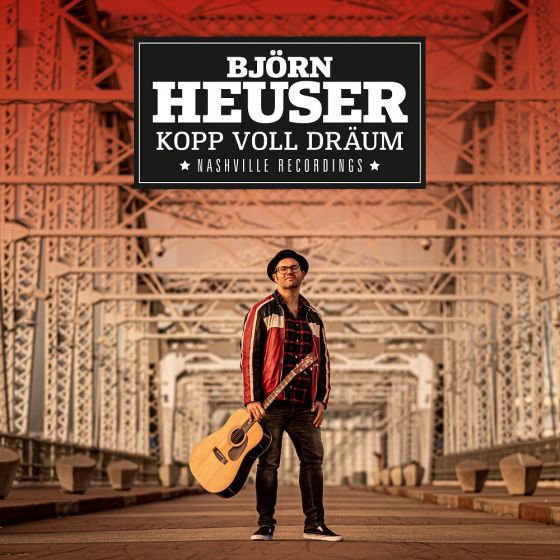 The great musician and song-writer Björn Heuser was raised in Cologne (Germany) and has a close connection to the city, its life, and its history, which is one of the reasons why he writes and sings in Cologne’s dialect Kölsch. His music career started very soon when he was a little kid and he learned how to play the piano, guitar and bass, among other instruments; with the age of 13 he wrote his first songs and from then on, he performed several times with his father in different events and started his solo career. The first album Schloflos came out in 2011 and took him on tour with his band.

Since then he has released twelve more albums, some of them live recordings, ep’s, and compilations, but perhaps his latest work, Kopp voll Dräum (2019) is the most ambitious and spectacular. He wanted to get a taste of the Nashville sounds and that is why he moved to Nashville to record this album. As a result, the songs are a delightful mix of country melodies and kölsch lyrics.

On stage, he is supported by his guitar and his voice in his great Friday concerts in one of Cologne’s most famous Brauhaus. He has also collaborated and written songs along with some of Cologne’s most celebrated bands: Bläck Fööss, Paveier, Zeltinger Band, Klüngelköpp, Funky Marys, Brings. If you want to discover Björn Heuser tunes, listen to some of his albums on digital platforms or visit his website!