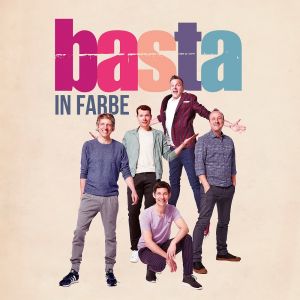 The story of the German a cappella band “basta” started out as a get-together of two of the current members, William Wahl and René Overmann, who shared a passion for a cappella music. Having played together in some bands as teenagers, they decided to join forces and start the band, in which they sometimes performed as a quartet along with other friends. Until one day the band members at that time came to the conclusion that they should arrange a stage number and write their own songs. That is how they began rolling in 2000, when they spent the whole summer writing, rehearsing, and playing their own official concerts.