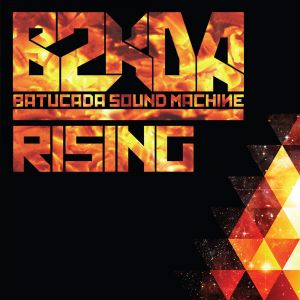 It's been four years of intense touring since the last time Batucada Sound Machine / B2KDA released an album (Dont Keep Silent) and this October, we get to hear the culmination of that effort. The band has changed from Batucada Sound Machine to B2KDA. It's lost old members and gained new. It's been exposed to the best and worst of what life as a musician can throw at you but has emerged stronger, more determined and yet still true to what has made this band the force it has been for 12 years now.

B2KDA is Rising once again.

A new sound has been developed over the years drawing on the hundreds of different experiences the band has had. The lessons of the road and the highs of meeting great people around the world to share their music. From the clubs of Berlin to the night markets of Seoul, jam nights in London to festivals in the bush in Australia, sharing the stage with giants to meeting a new school of artists. All of this has combined into what the band has spent a year crafting. The new album "Rising".